Santa Monica New Tech teamed up with Your Office Agent and the Satellite to have another great Pay It Forward event at the coolest lounge in Santa Monica: 3110 Main Street. It was the third Pay It Forward Event in this area and this time it was all New Tech and the giving tree was virtual via Twitter! 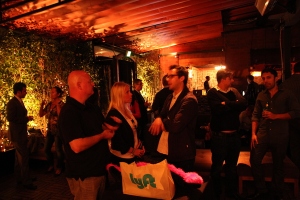 e 20 companies and 200 individuals showcasing their cool stuff and giving their technology, skill or service to the community free of charge.  There were new apps, free memberships on cool site, business consultations and much more. And the purpose of all offerings was to strengthen the community and help each other.

Everyone voted for the most attractive offers and the winners were

announced at 9PM. Sponsors had special prizes and raffles, free beer and more.

Other offerings were activated at 10PM via Twitter hashtags.

It was mind blowing to see what technology can do! Social media experts showed how to use Twitter to benefit businesses and grow customer base. 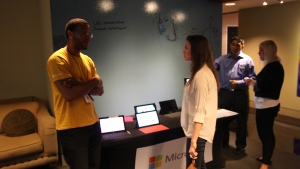 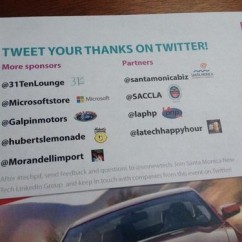 Thank you to 5 volunteers, 5 organizers, sponsors and participants! It was the hottest new technology paying it forward!